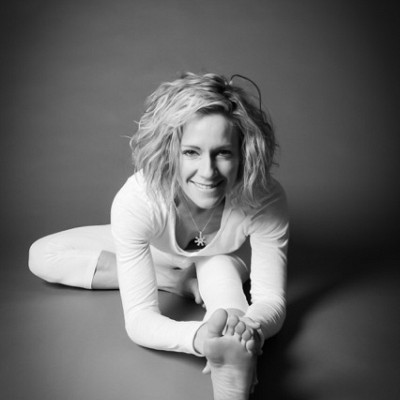 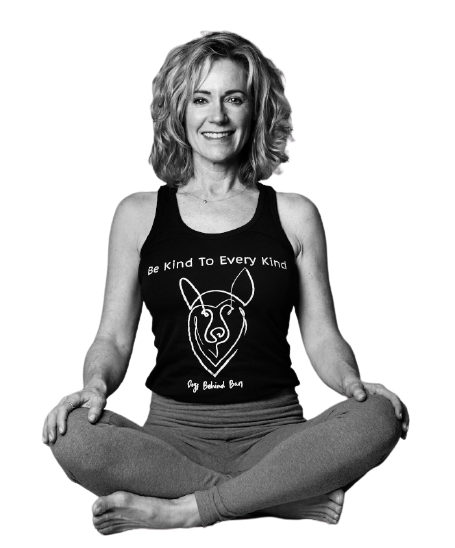 Wesley was born in NYC and moved to Vermont at the age of seven. She attended Rollins College, a liberal arts school in Winter Park, Florida, graduating with a degree in Sociology and Anthropology. In 1992 she moved back to New York City where she worked for the Walt Disney Company as Marketing Associate for the book publishing division Hyperion. Five years later she met her husband and moved to Antwerp.

In 1999, Wesley’s first real exposure to yoga took place during a visit to Santa Fe, New Mexico, where her sister Ki was teaching. And this is when life was put on a new course. Ki dove several years earlier into yoga, to handle the death of their mother.
“When Ki put me in Downward Facing Dog, I realized finally what it all meant. I got it. The breath came back into my body. I hadn’t realized I was holding it so tightly from the grief’

Through practicing different forms of yoga, Wesley began to understand how yoga opens one up allowing for emotional catharsis. Directly the following year she returned to Santa Fe to deepen her study with Tias and Surya Little of Prajna Yoga, two eminent teachers with a long history in Ashtanga and Iyengar Yoga, now deeply steeped in the teachings of the Buddha and creators of a Sangha that have taught so many that we are all interwoven, that through our bodies and minds we together create the fabric of life.

Wesley is a Vinyasa and Yin yoga teacher that loves to make people feel good about themselves. Making people feel better after a class creates a ripple effect, making this world a better place.

Her mission is to guide people back home to their bodies, to see how people evolve within themselves and relate to their situation, to see it more deeply.

If we keep practicing we gain insight into a deeper meaning of happiness. Through pure power of movement with breath and opening the senses to heal the body.

We learn to connect better, not only with ourselves but also more non-defensively to others and life’s conditions.

She invites you to join her on this way toward healing and awakening.
She will share with you what she has learned so far ….

Yoga teacher at The Brick, Antwerp

First time studying with Tias Little of Prajna Yoga, Santa Fe, New Mexico. Returned many times since then to continue study with Tias and his wife Surya

Teacher/Owner of Yoga Jivana in Zoersel

Moved to NYC after college